The exhibition presents weapons from Arabia, Ottoman Empire, North Africa and Iran, as well as a number of objects created by smiths from the Caucasus and Central Asia. A significant part of the Hermitage’s armour collection was formed in the first half of the 19th century on the basis of the private arsenal of Emperor Nicholas I kept in Tsarskoye Selo. Its building up depended on gifts presented by foreign rulers, diplomats and military leaders, as well as the spoils of wars in the Caucasus, Central Asia and in the Near East.

REIER supplied and installed 26 display cases with state of the art LED lighting technique, alarm security systems as well as double-sided anti-reflective glass. Centrepiece of the collection is a 3.7 m high, 3 m wide x 2 m deep display case that hosts a horse and rider in suit of armour. 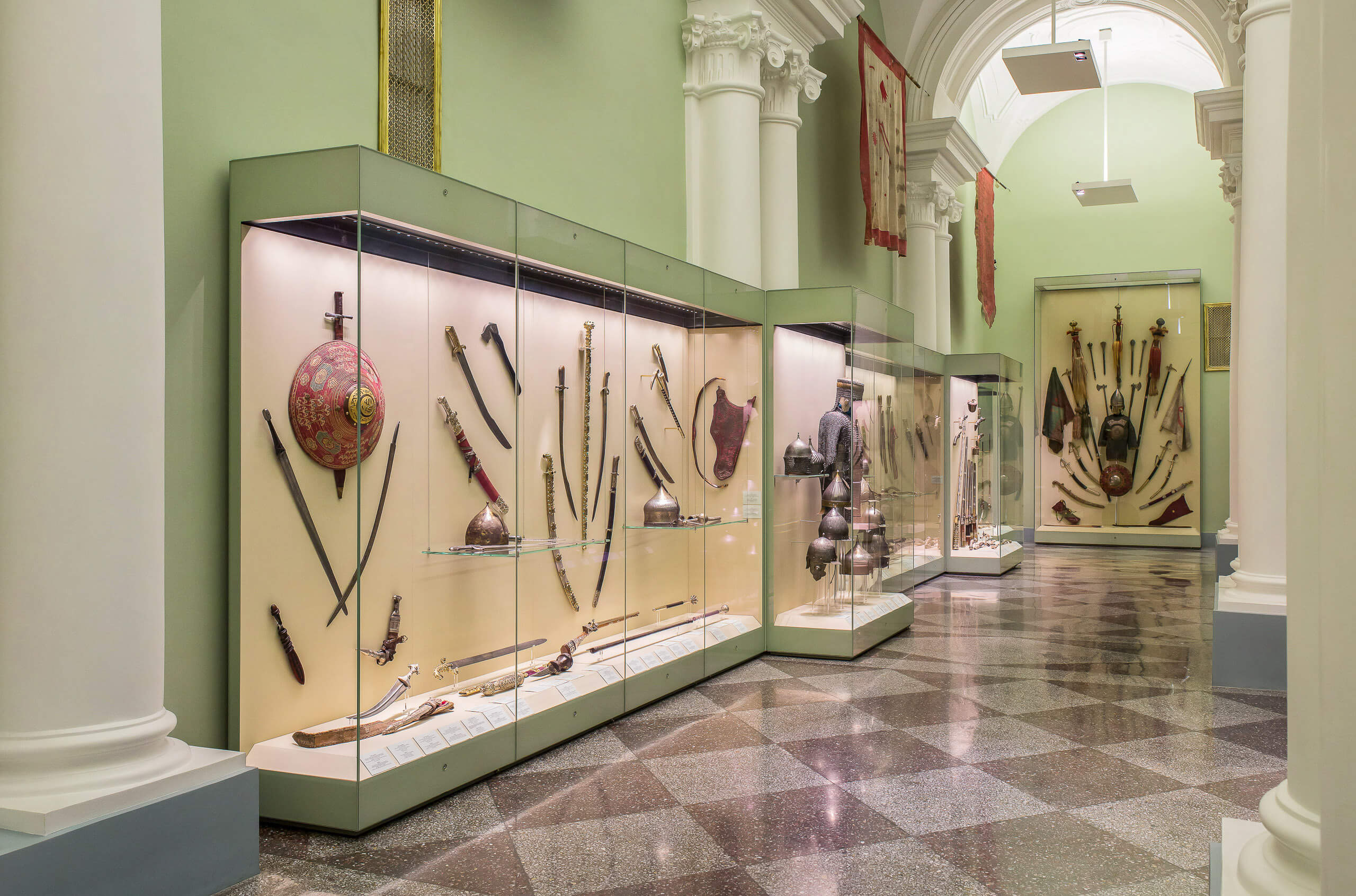 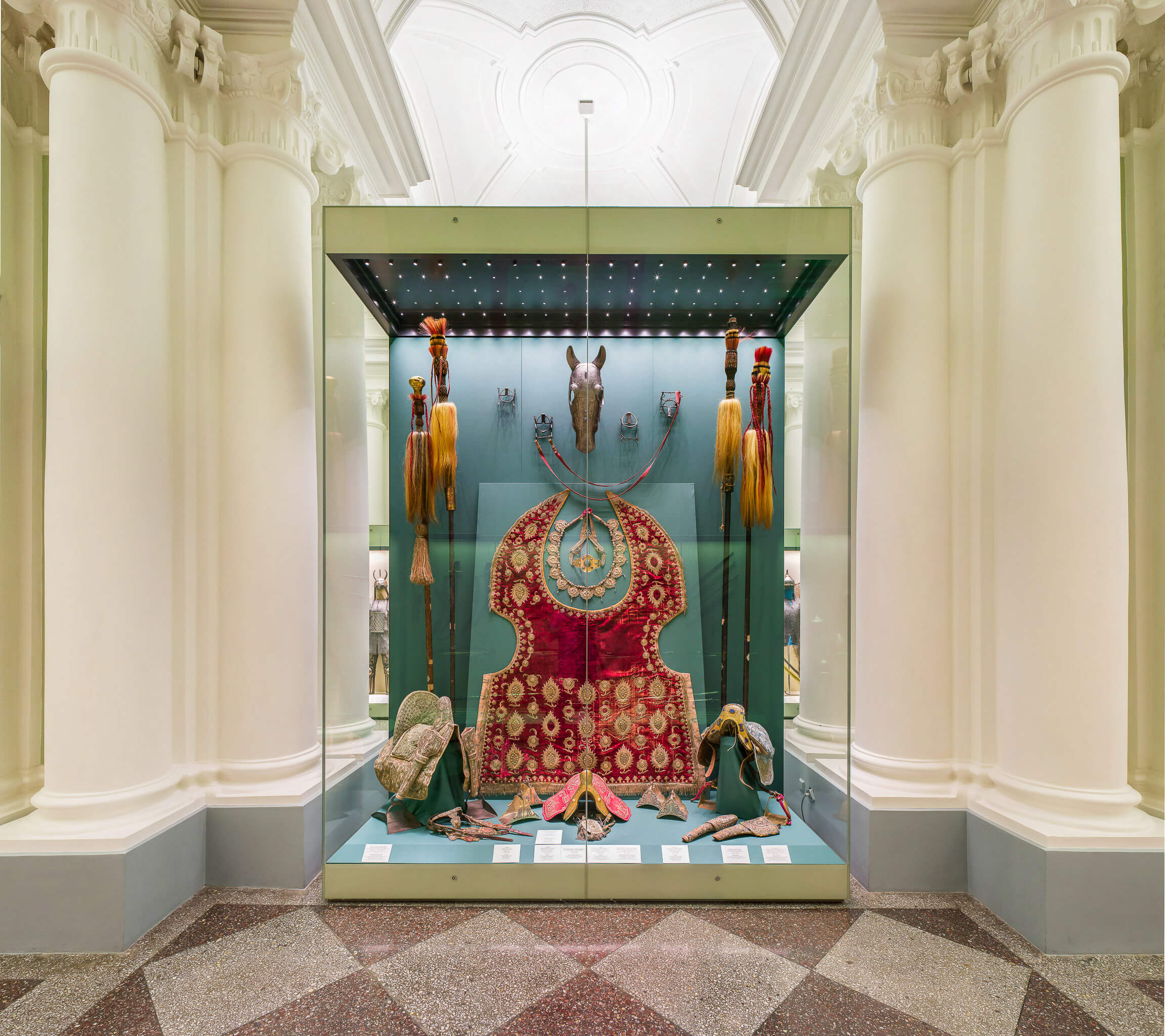 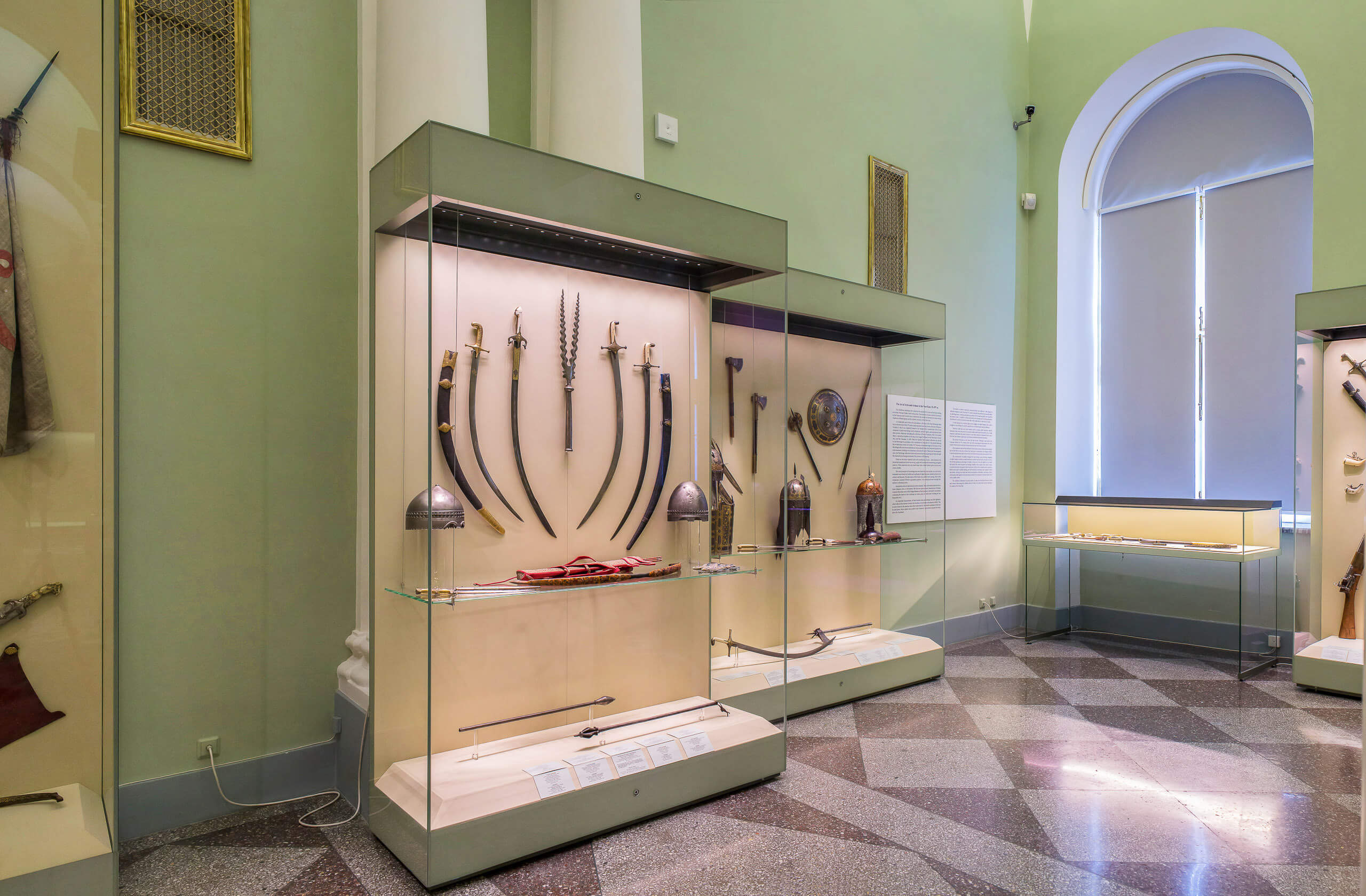 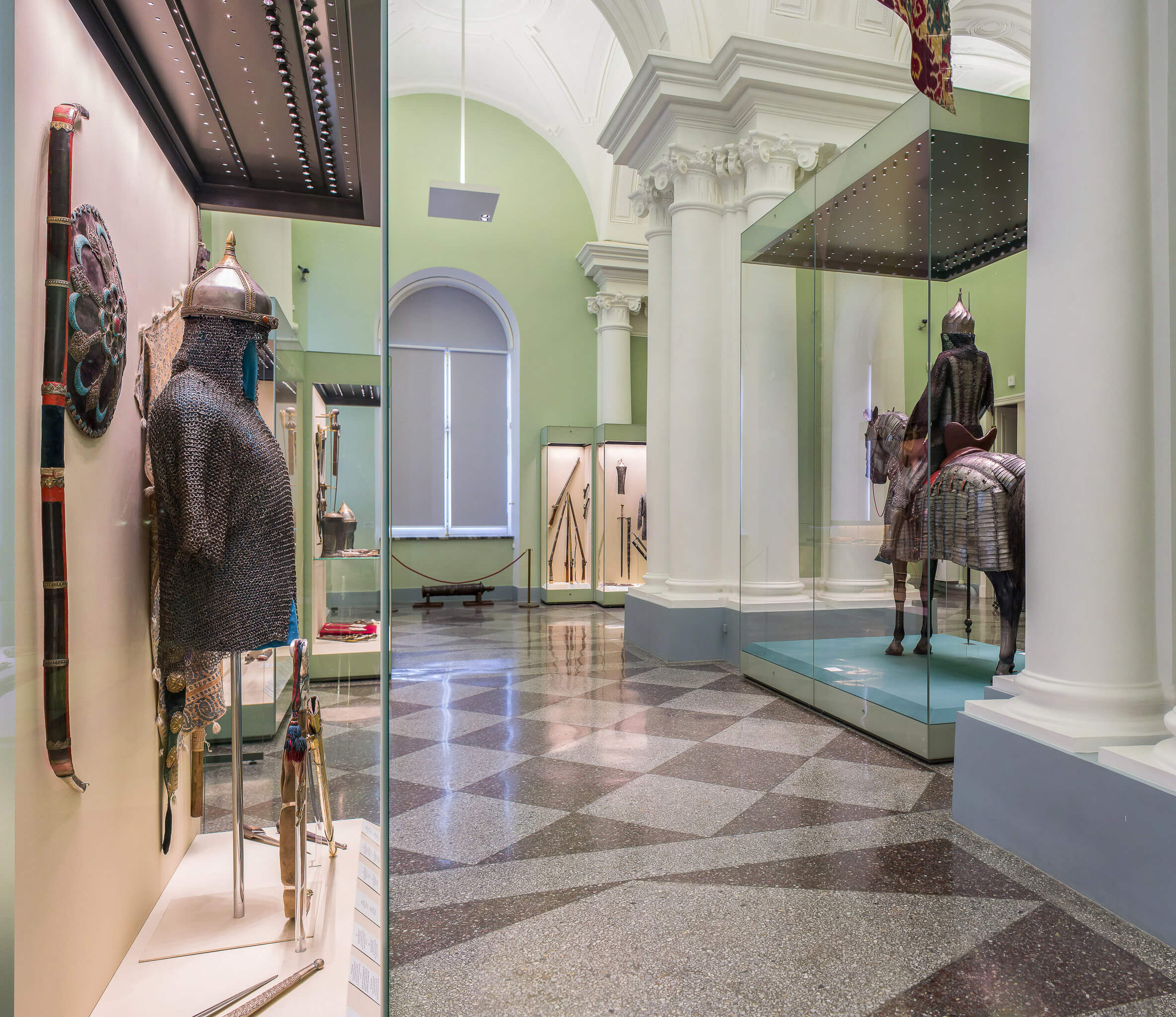 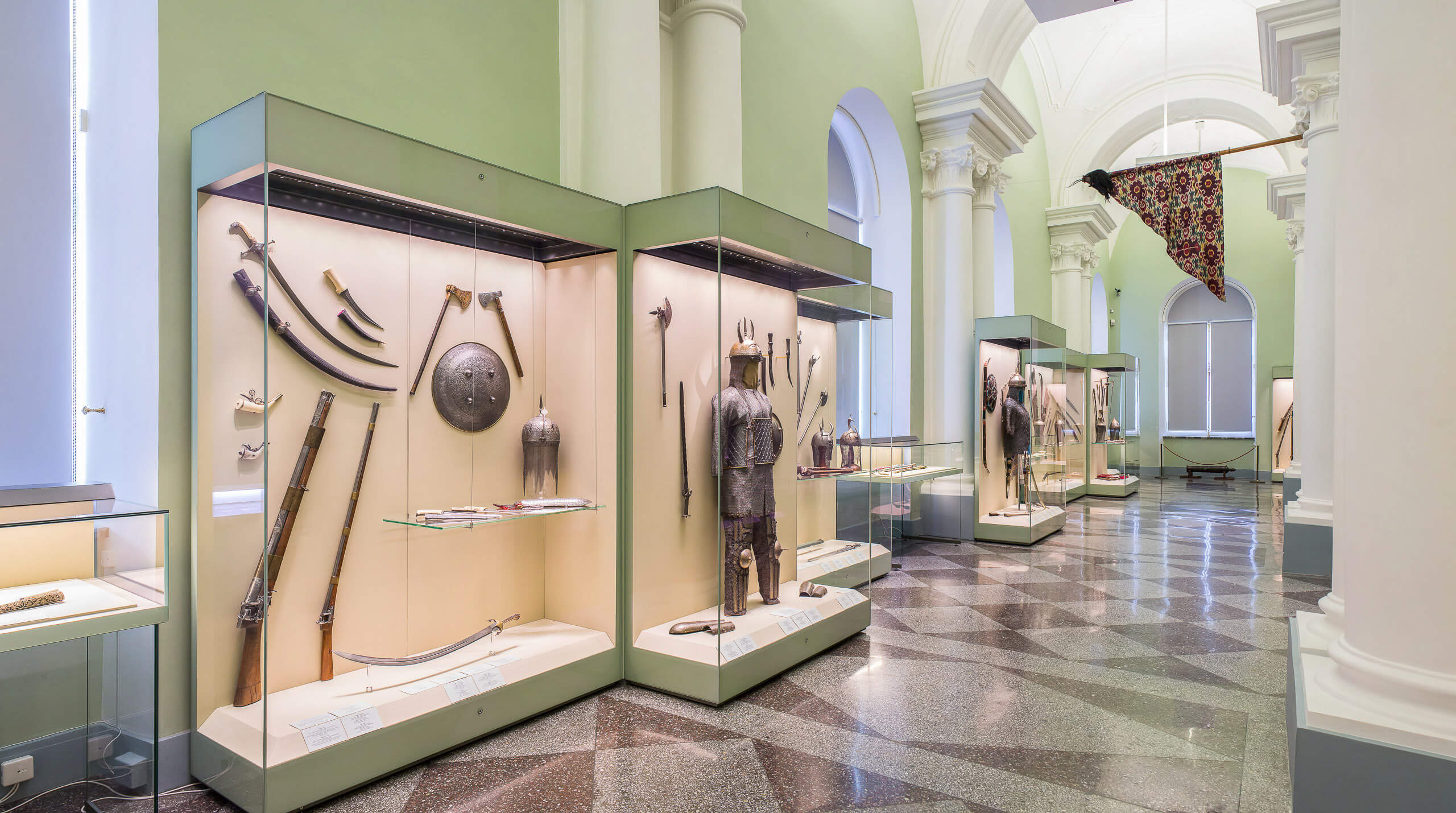 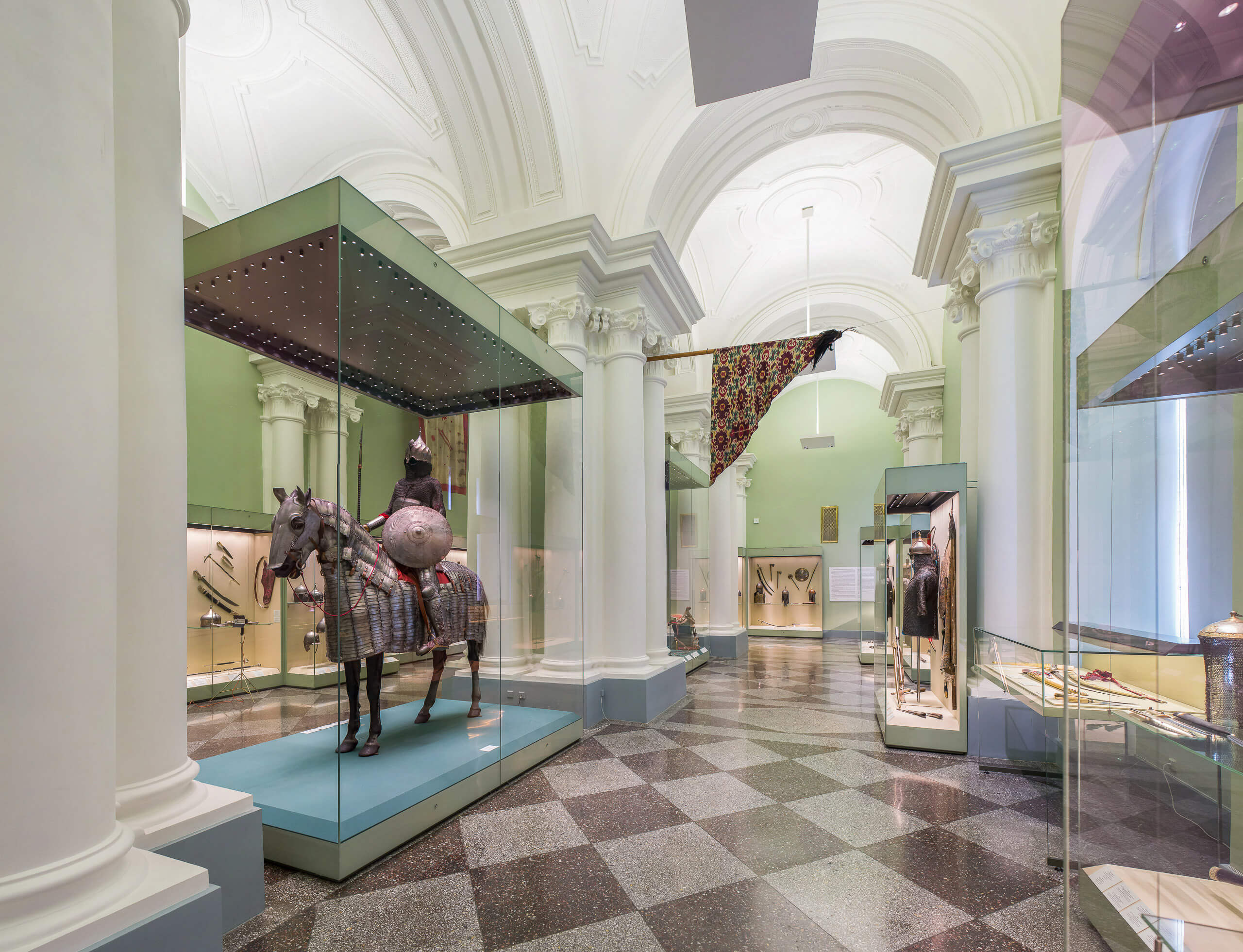 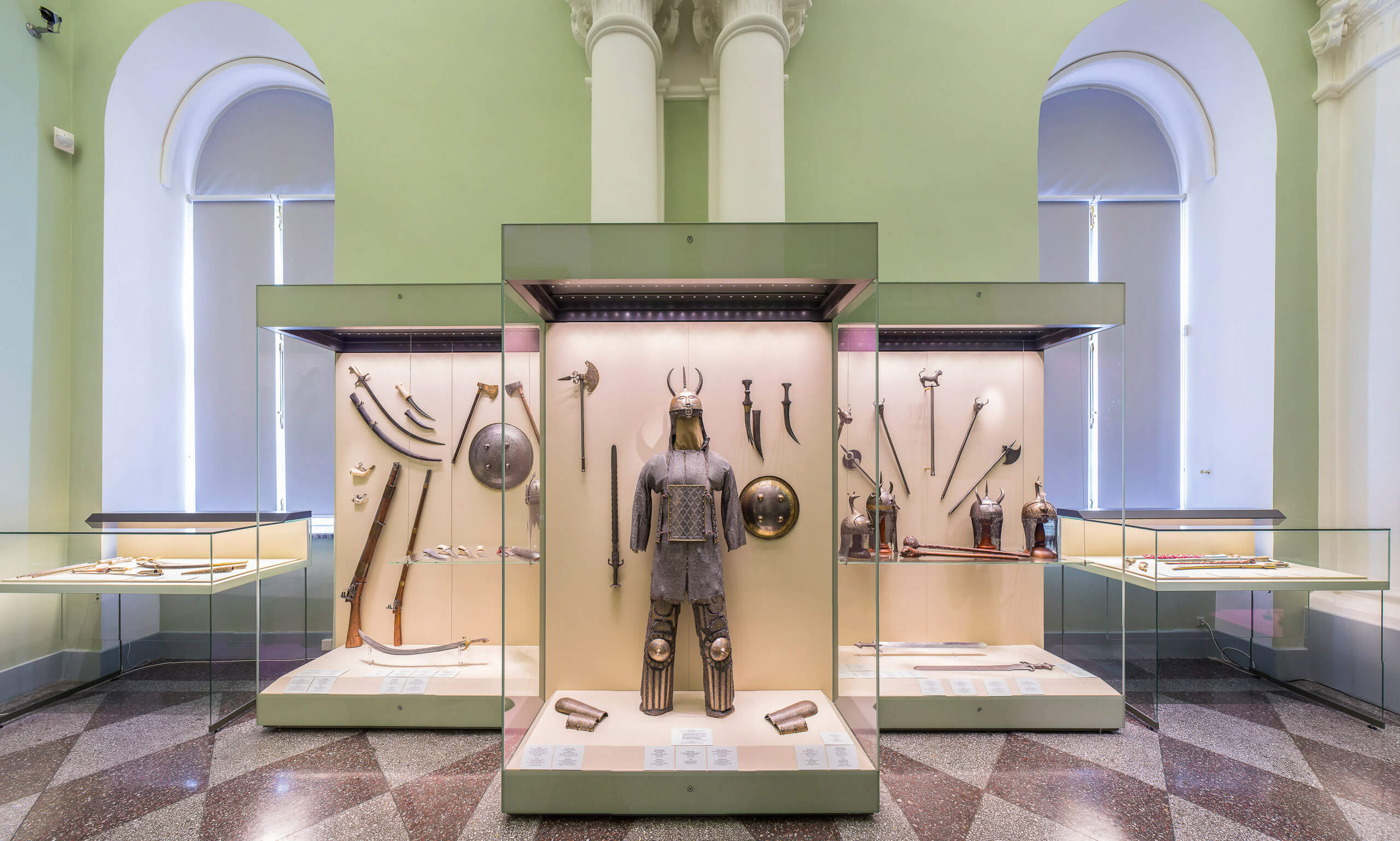 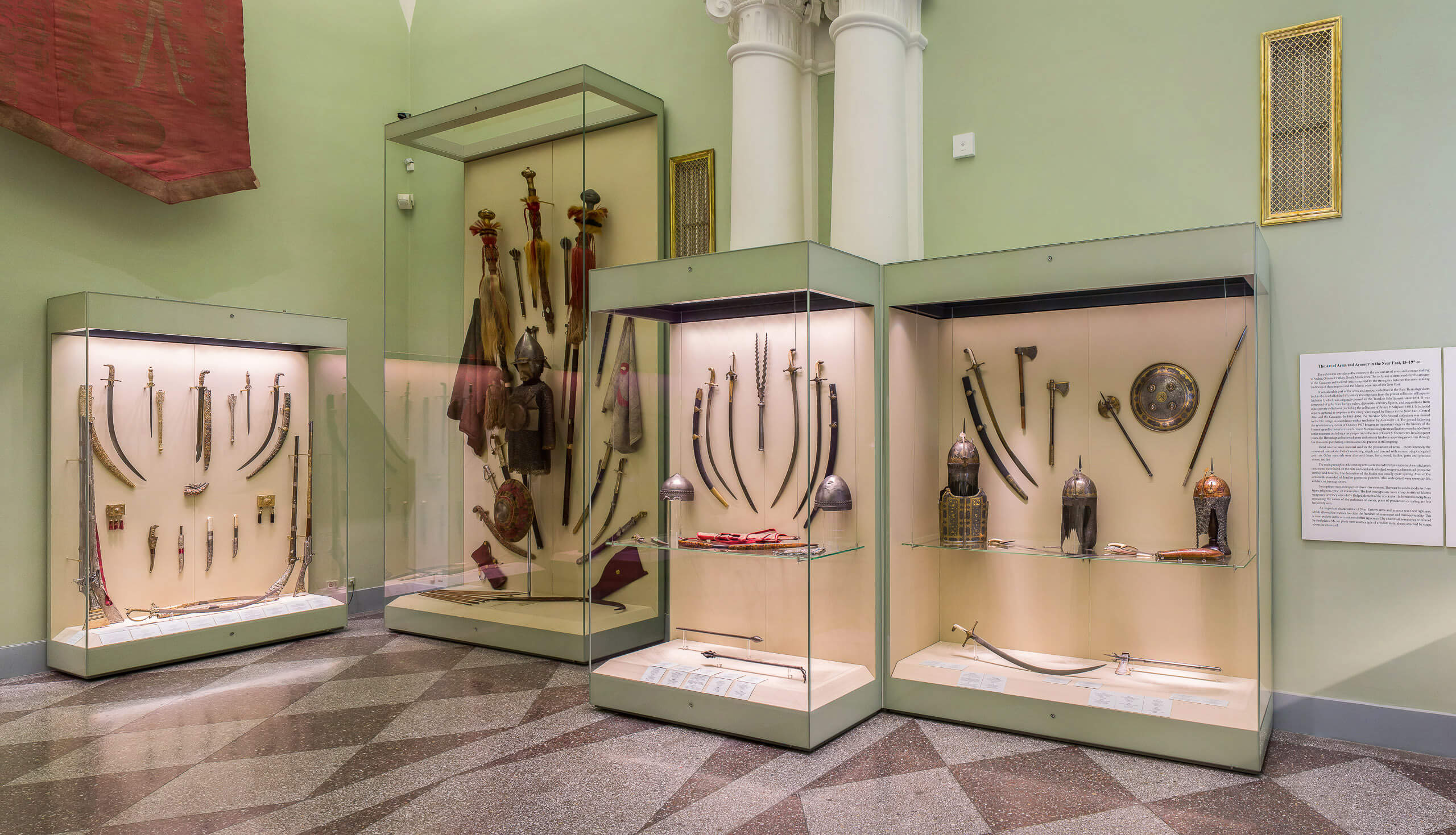 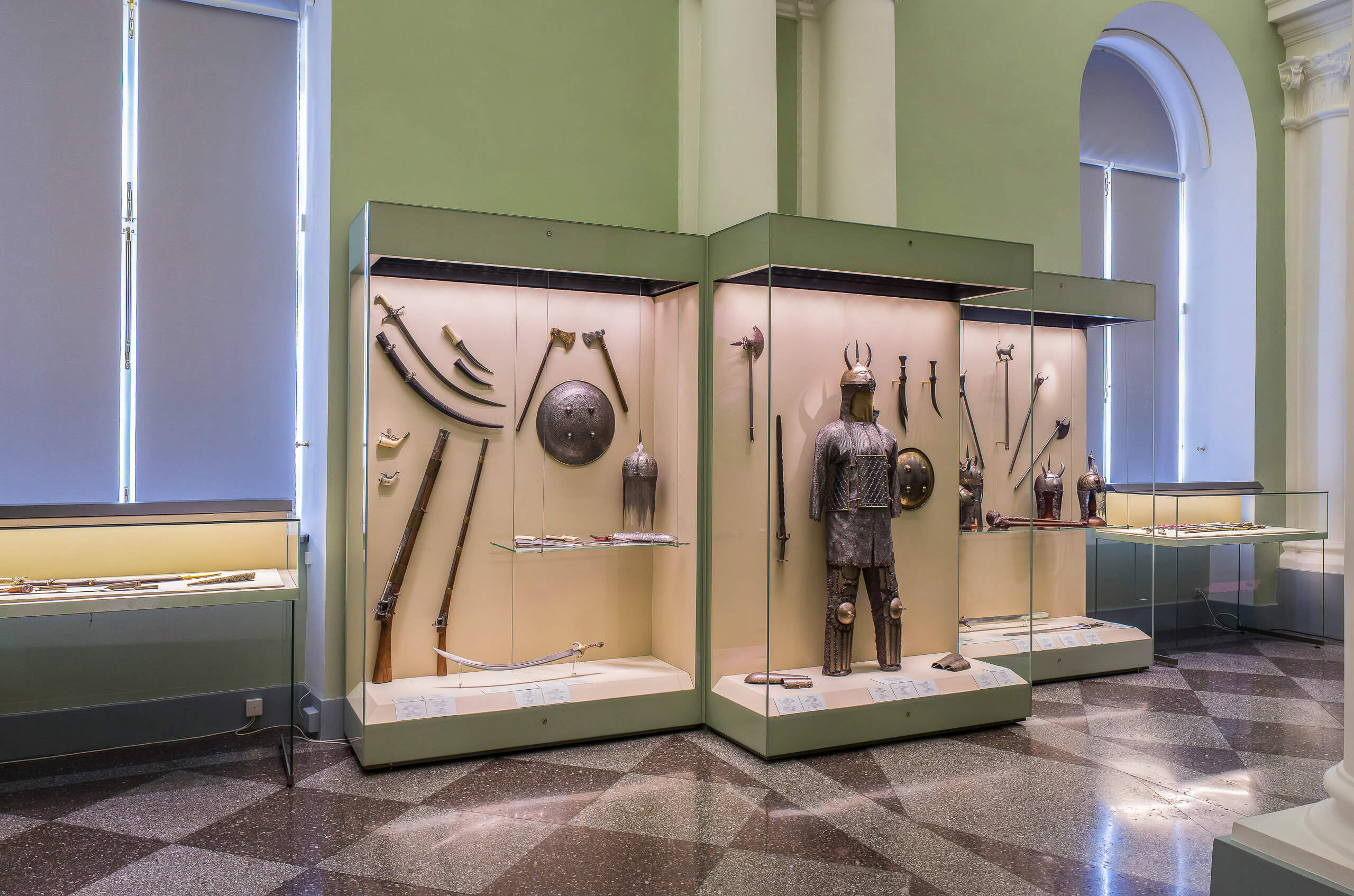 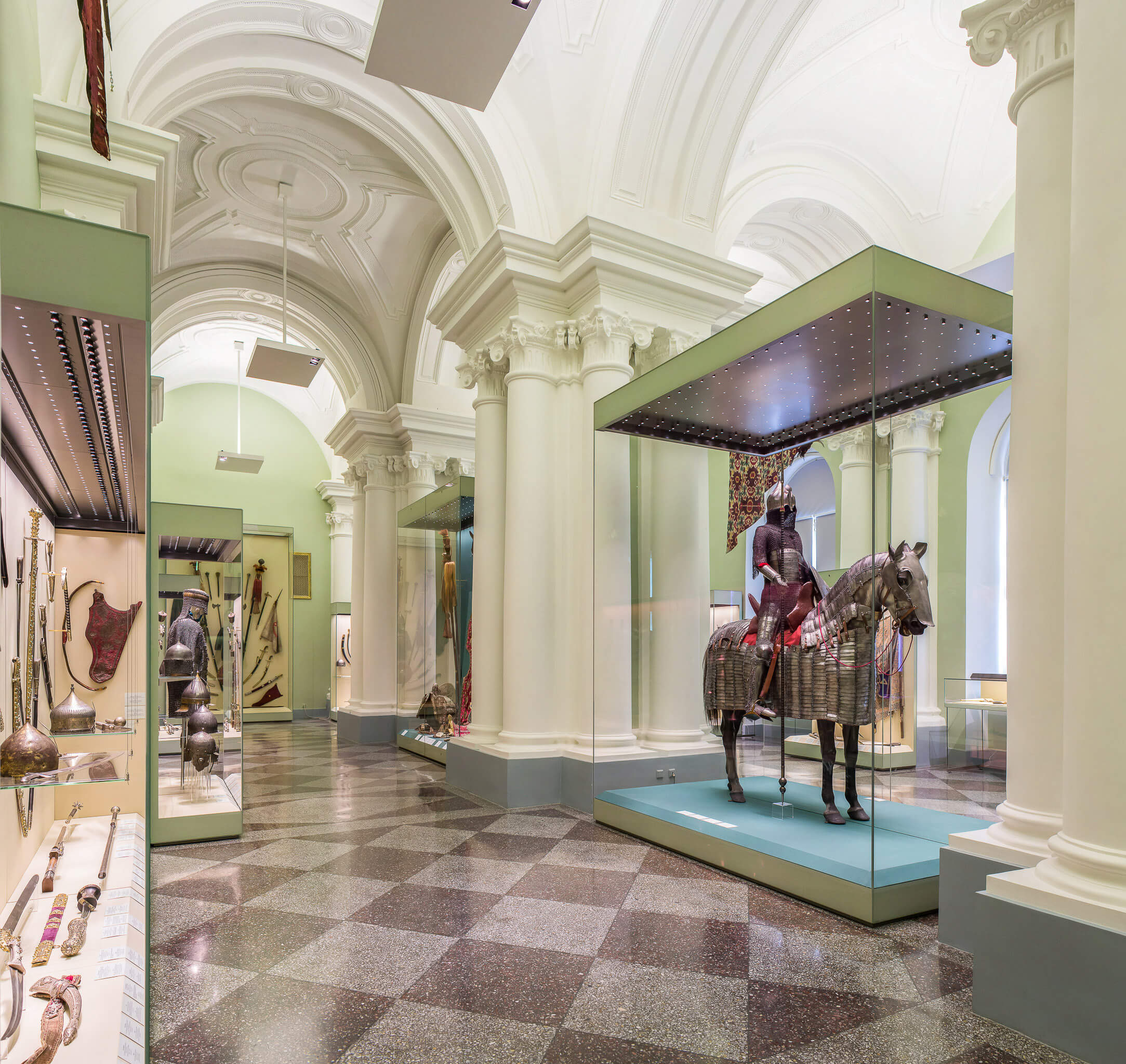